Gordon Kwan is a 25-year-old engineer from Hong Kong. He bought his first DSLR two years ago and have been obsessed with street/documentary photography for slightly more than a year upon seeing works of his friends on Facebook. He lugs around with a camera whenever he is going to work, off work and lately, during work while he is on duty in a construction site. Having spent half his life away from his home city of Hong Kong, he walks around the street like a tourist and is most gravitated towards people with interesting faces, mainly workers and the elderly. He finds doing street photography to be a zen-like experience but believes he still has much to learn, particularly the guts to walk up to strangers. He likes taking photographs in close and at the waist, but have missed countless shots because he is afraid of the shutter sound. 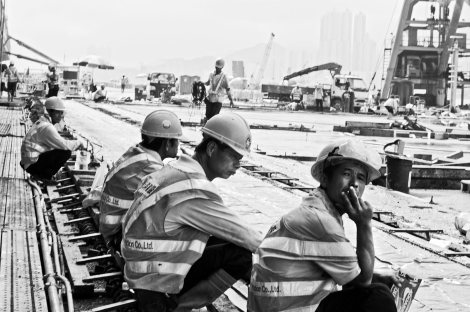 to see more of his work go to his website.